Not since Glenn Gould produced his landmark recordings 50 years ago has so much excitement and approbium been generated by a Bach keyboard specialist. Another Canadian has now ascended Gould’s long-vacant throne, but without his trademark quirks or hum-alongs. For the past decade, Angela Hewitt has set herself the awesome task of recording the entire keyboard oeuvre of Johann Sebastian. Finally, in this tenth CD, she has assembled a cornucopia of rarely heard, mostly early pieces she calls “the best of the rest”. Personal favourites will emerge from the 32 tracks that sparkle over nearly 70 glorious minutes of unadulterated enjoyment, mine being the final gigue of the Partita in A, BWV832. Throughout, Hewitt’s playing is intelligent, witty, seductive and utterly persuasive at every turn. None of the fusty original instruments debate here, Hewitt’s microphones hover seraphically over the carapace of a Steinway concert grand piano. The crystalline sound quality, like the playing itself, is revelationary. This is probably the definitive Bach playing of our time and whets the appetite for Hewitt’s national appearances and Bach concerto recordings with the ACO, commencing in February. Until old Johann Sebastian himself records in heaven, we can be thankful for Angela Hewitt. 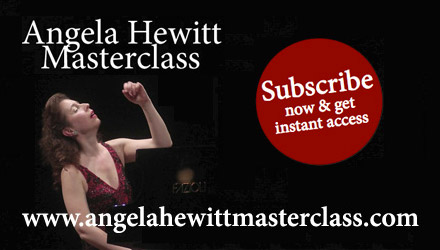